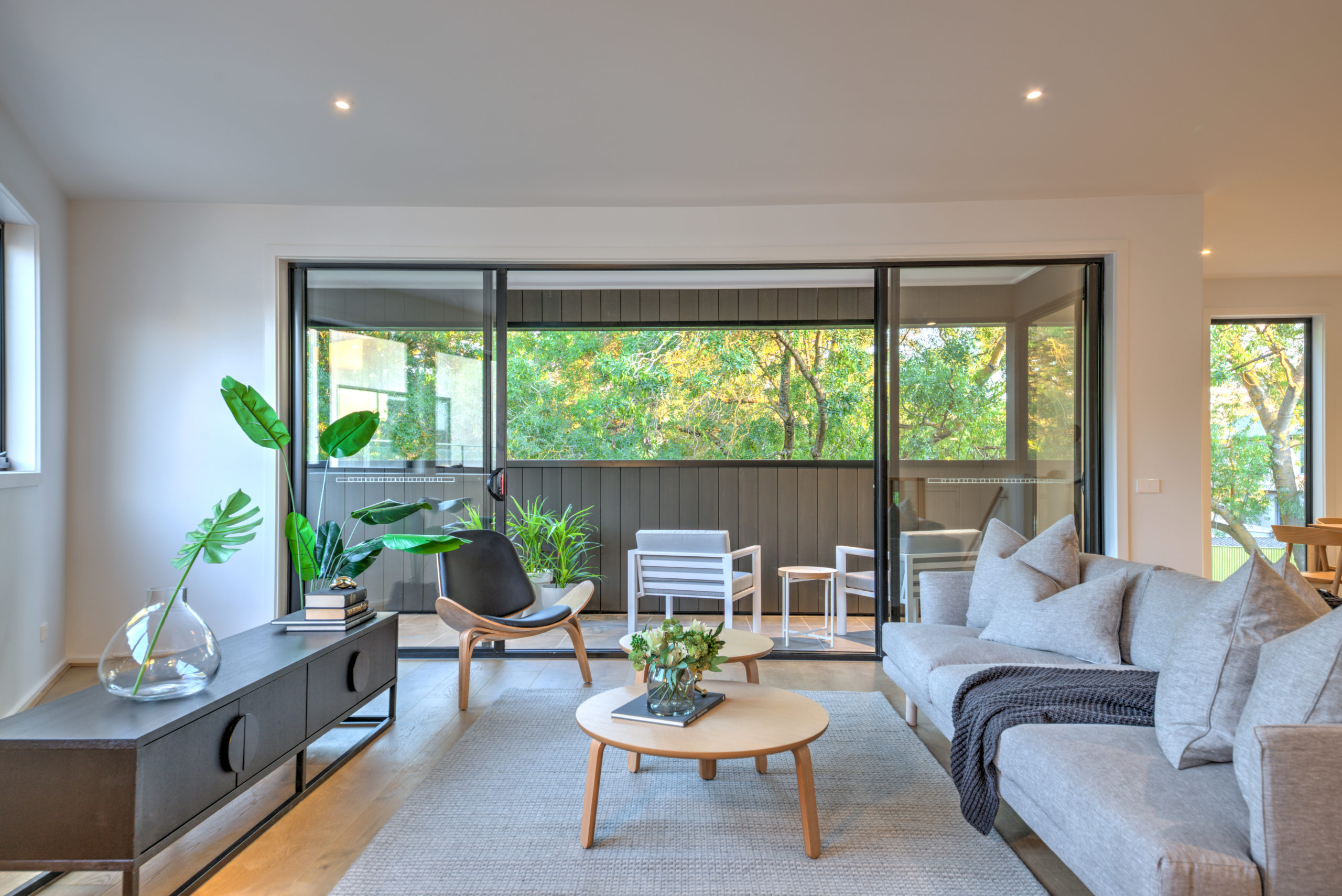 Across 50 years of operation and the successful delivery of over 100 Projects, Pask Group have helped thousands of first home buyers to realize their dreams of owning their own home.

Now, with the HomeBuilder scheme, eligible first home buyers have the opportunity to take advantage of a $25 000 tax free grant to put towards the build of a new home.

With a broad range of land, apartment and town house product available, it’s a great time to consider whether it’s the right time to make your next move, and discover if you are eligible. 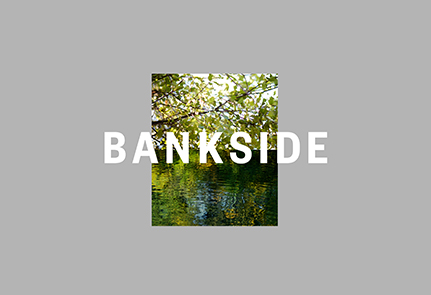 We are very pleased to announce that the rezoning of our newest residential project, Bankside, a vibrant new community in Rowville, has now been approved.

Over the past 3 years, Pask Group closely worked with Knox Council, State Government, local residents and a trusted consulting team on an application to rezone the Kingston Links Golf Course for ‘Residential Development’, following its designation as a ‘Strategic Investigation Site’ in the Knox Housing Strategy 2015.

In order to achieve the above outcome, we needed to first obtain preliminary support from Knox Council for an amendment to the current Knox Planning Scheme, then commence a formal application process, which required the team to address a series of key criteria relating to native vegetation, ecology, traffic as well as local and state infrastructure contributions.

Throughout this time, it was also paramount that the local Rowville community and other stakeholders were kept well informed of the process. This was addressed via a series of consultation sessions, which enabled all participants an opportunity to speak with Council, key members of the project’s consulting team and submit feedback, which assisted in shaping the final outcome.

Over 800 homes are planned for Bankside as well as two mixed use precincts and district sporting facilities. The rehabilitation of Corhanwarrabul Creek, together with the extensive open space network, linking the Creek precinct to the Stamford Park Wetlands, will provide convenient access for all residents to a unique community asset for the City of Knox. 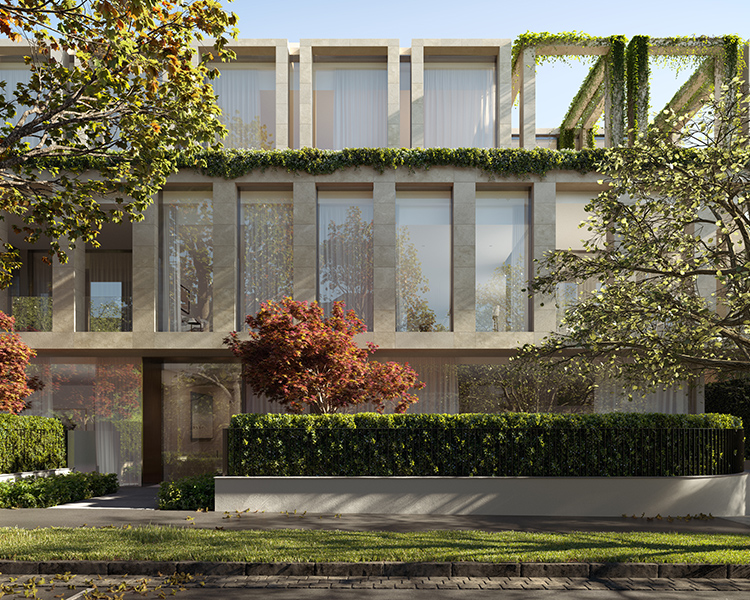 Our Managing Director Dean Pask recently featured as a contributor in The Urban Developer’s ‘Battle of The States 2018’ piece. Click here to read the full article. 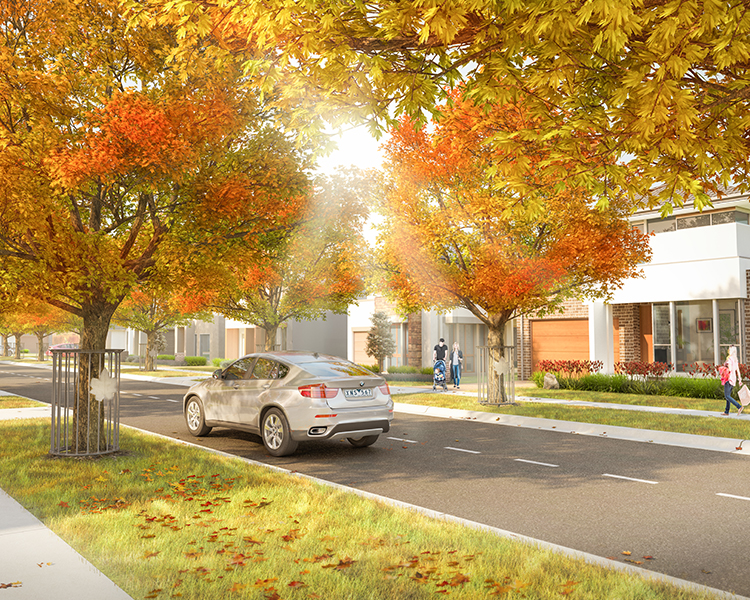 Pask Group are excited to present a new vision for Greenvale with the launch of The Maples.

The Maples will be an exclusive private enclave, with wide streets and vibrant boulevards lined with beautiful Italian Maple trees, providing an exquisite setting for luxurious homes.

The Maples Sales Office was officially opened over the weekend with the release of Stage 1, with Estate Manager Mohit Rai welcoming the first of our future residents. 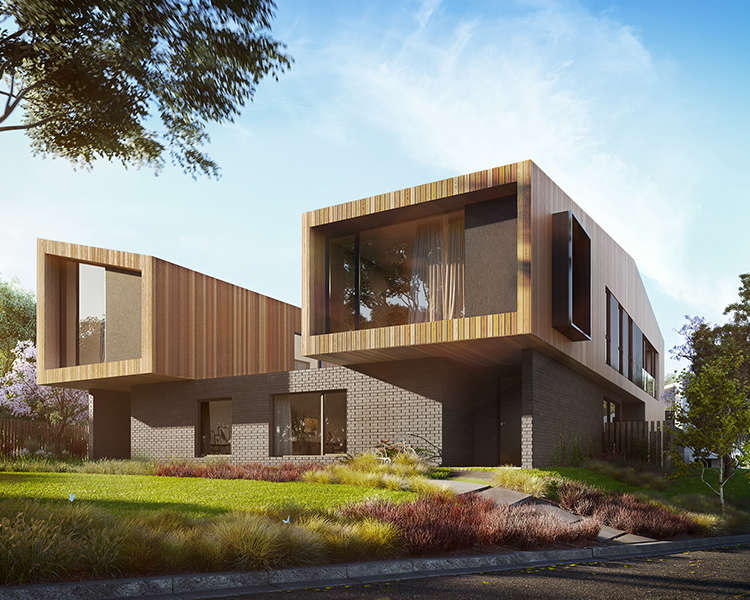 Hark Achieves Over 60 Per Cent Sellout In Two Weeks

Pask Group’s Hark development in Berwick, Victoria has sold 22 out its 34 residencies within two weeks of launching. 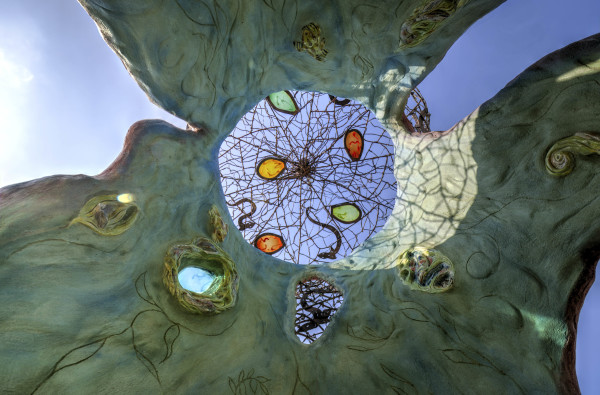 Circa 1886 Features In World Landscape Architecture

‘World Landscape Architecture’ is a web-zine which provides news and updates within the industry and showcases the works of landscape architects worldwide.

We are very pleased to see Circa 1886 Reserve (work of Tract Consultants) chosen for a feature in their latest publication. 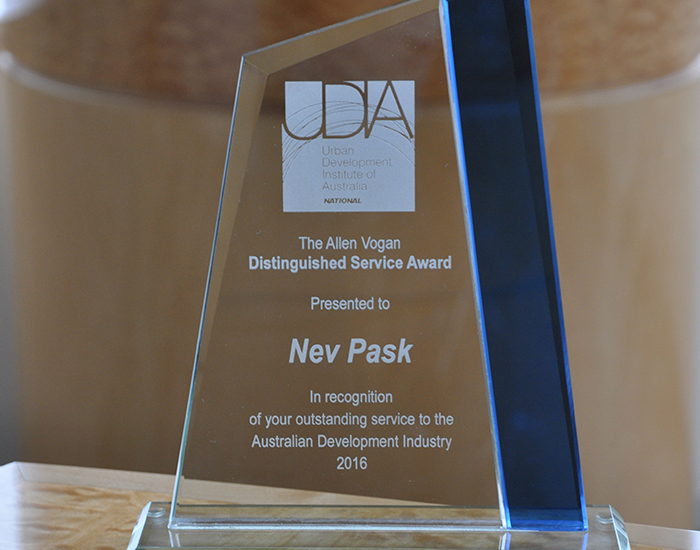 Nev Pask, one of Australia’s most respected property developers, was presented with the prestigious Urban Development Institute of Australia (UDIA) Allen Vogan Distinguished Service Award at the 2016 UDIA Rivergum Homes Group National Awards For Excellence in Adelaide on Thursday 10 March.

“Mr Pask is a remarkable individual who has dedicated nearly fifty years to the urban development industry, through the foundation of his company Pask Group.” said Michael Corcoran, UDIA National President.

“Mr Pask is an inspiring individual who has demonstrated sincere enthusiasm and passion for property and the development industry, ” said Mr Corcoran

“I am truly humbled to congratulate such an outstanding recipient of the UDIA Allen Vogan Distinguished Service Award.”

Nev Pask has been recognised for his contributions to the Australian urban development industry with a number of awards including; the Centenary Medal, a UDIA Lifetime Achievement Award, and Platinum Status at the UDIA following 35 years of membership.

Pask Group is a family owned company and a leading Australian developer known for its quality residential communities that generations of Australians are delighted to call home. 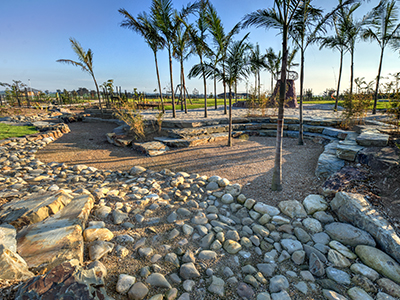 Did you know that Circa 1886 is now home to an award winning park?

Recently, Circa Park took out the ‘highly commended’ award in the ‘Innovative Design Elements’ category at the 2014 Kidsafe National Playspace Awards for its unique ‘Grotto Play Shelter’ installation crafted by Melbourne artists’ Honeyweather and Speight.

If you haven’t already, come and check out this award winning piece and other standout features of the park such as Central Rotunda and Rain Gully!

One Last Slice of Providence 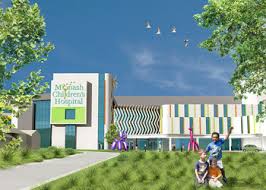 Soon thousands more children in the south-east will have access to specialist care closer to home, with the State Government recently announcing construction of the new Monash Children’s Hospital due to begin in the coming months.

The City of Casey and neighbouring Cardinia Shire have been noted as two of the fastest growing local government areas and home to a third of the state’s children, this indicates that the hospital will be well placed to deal with demand for paediatric care.

The new hospital will deliver an extra 60,000 outpatient treatments per year and its facilities will include:

However, the benefits of this facility will scope beyond healthcare, with the creation of more than 700 jobs during its construction and employment of various healthcare professionals, administrative staff, among other roles once completed.

Construction is set to commence in July this year with completion anticipated for Dec 2016. The children’s hospital will be built alongside the Monash Medical Centre in Clayton. 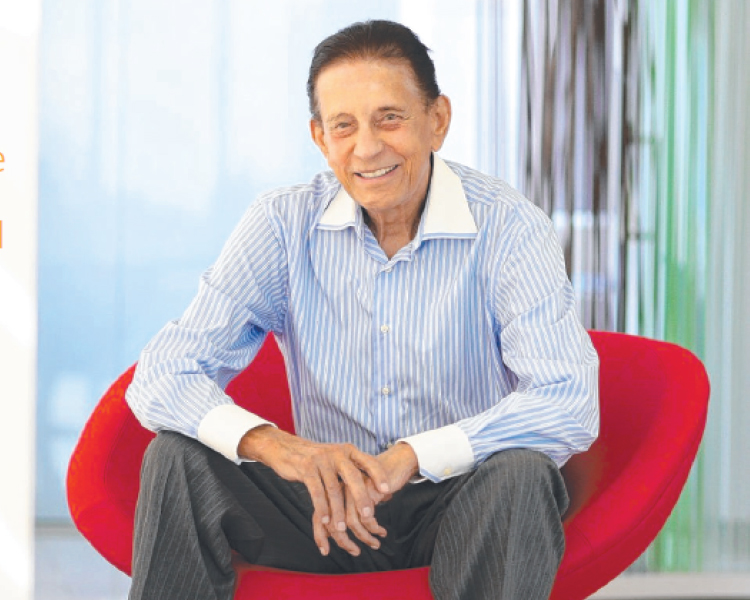 Our founder Nev Pask has received a Distinguished Service Award from the UDIA. 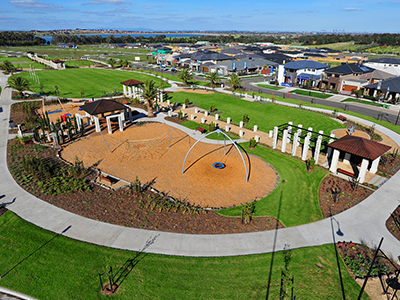 Award for Excellence in the Provision of Creative Open Space

Providence’s Napoli Park has been honored by Hume City Council’s Award for Excellence in the Provision of Creative Open Space.

Located in the heart of Providence, Napoli Park is an oasis of beautifully landscaped gardens, arbours and playgrounds. The park is the perfect setting for hours of fun and games with the kids, catching up with friends and neighbours over a coffee, and relaxing in an environment that will recharge your batteries and reinvigorate the soul.

We are very proud of this award, and invite you to come and experience why it is so special. 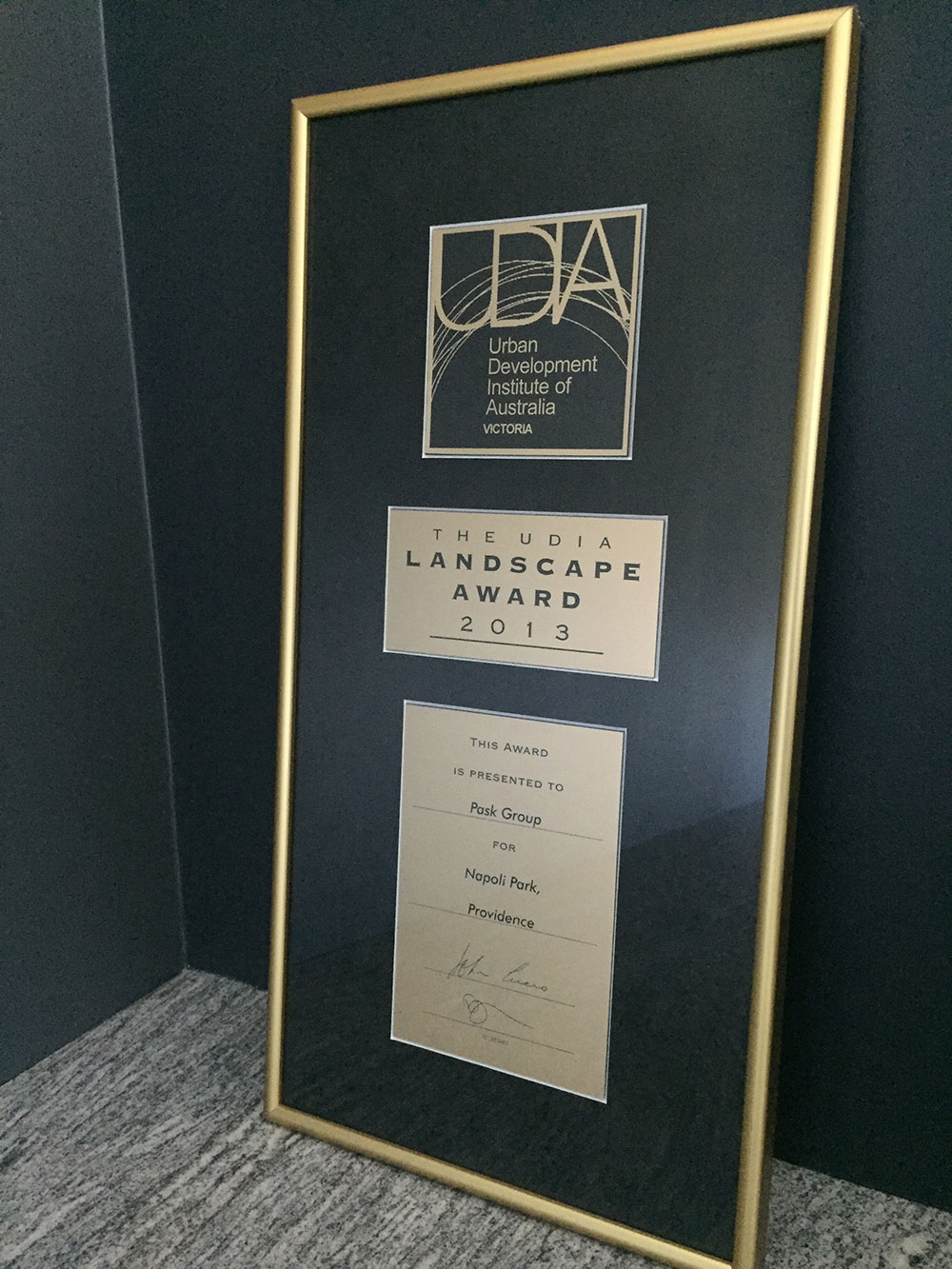 We are thrilled to advise that Providence’s Napoli Park received the Landscape Award at the 2013 UDIA (Vic) Awards for Excellence.

This award is granted in recognition of the outstanding characteristics in respect to landscaping and reviews elements such as the use of innovative landscaping methods and ideas.

Napoli Park is not only beautiful; it is a multi-functional space of 1.8 hectares which has been provided early in the development to benefit the first residents to move into Providence.

The combination of active and passive areas with a mix of walking paths through gardens, seatng, protected spaces and opportunities for community and family gatherings set this park apart from others in the area and additionally provides a fantastic amenity for Providence residents and the broader Hume area.

We are honoured to receive this award, but mostly hope that you will enjoy Napoli Park as much as we do!

Schools set to open in the south-eastern corridor are;

Victorian Government has pledged that under the PPP model, the schools will be financed, designed, built and maintained by the private sector for 25 years, Premier Daniel Andrews has also added that ‘more than 14,000 students will benefit from the $291 million investment.’

Contract is set to be entered into late-October, with construction of the first group of schools scheduled for commencement by the end of the year.

Living at Paragon & the Point Cook area means that you’ll be close to key employment hubs including; the CBD, the many businesses & industrial parks North West of Melbourne, both Tullamarine & Avalon Airports and Geelong.

Employment opportunities will be further enhanced by the development of the East Werribee employment precinct.

Land covered by the PSP, which is owned by the State Government, has been used for agriculture and research for 100 years. It will be developed into a commercial precinct, a new town centre, health and learning precinct, enterprise precinct and a business precinct, as well as providing new homes to support this employment.

The precinct will have excellent freeway access and provide a wide range of retail and employment options, while the planned Point Cook South West and Wattle Avenue residential communities outlines in the masterplan will include a variety of housing types and facilities.”

For more information visit www.mpa.vic.gov.au/east_werribee to find out about what the East Werribee Employment Precinct project will mean for Melbourne’s west. 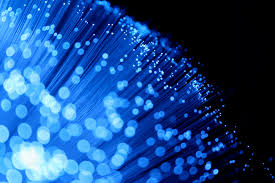 The NBN is an upgrade to Australia’s existing telecommunications network. It provides the infrastructure for affordable high-speed internet and phone access.

We are pleased to announce that stages 1 & 2 at Paragon are National Broadband Network (NBN) enabled and residents can now enjoy the benefits of the NBN network.

For more information on NBN visit www.nbnco.com.au or register for updates by calling NBN Co on 1800 687 626

Oasis at heart of Providence 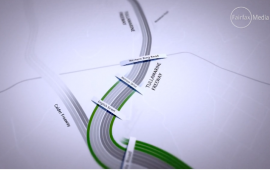 For those city bound, the commute could be cut dramatically as the Government announces plans to upgrade Providence’s closest major arterial.

The Tullamarine Freeway is set to undergo an $850 million dollar upgrade with plans to boost the road’s capacity by up to 30 percent.

The two-year project which is scheduled to commence next year will upgrate CityLink between the Westgate Freeway and Essendon Airport on the Tullamarine Freeway, specifically by adding extra lanes covering 33 kilometres between the Bolte Bridge and Tullamarine Fwy, north of Englis Street.

There are also talks of extending these works to widen Tullamarine Freeway from Melrose Drive to the Airport.

The upgrade also plans to include new traffic management tools such as speed signs above all lanes, stop and go signals on ramps and more CCTV cameras. 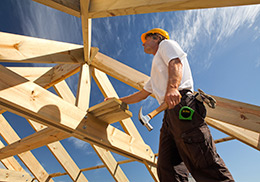 Growth Ahead in Residential

As reported on the Property Council of Australia’s website this week, the housing market is set to take off in the next 18 months, with Melbourne house prices expected to rise 9 per cent in 2014, a new report from research consultancy Macromonitor finds.

The price growth is expected to continue into the first half of 2015, too, with an anticipated 3 per cent increase in prices across the capital cities.

The report also states that nationally dwelling commencements will peak next year at about 180,000 – their highest level since 1994. In January, building approvals reached 17,514, which was the biggest monthly gain in 12 years.

The increase in national house prices is being driven by several factors, including population growth, strong local and foreign investor appetite and good conditions for owner-occupiers, such as low mortgage rates.

Source- The Property Council of Australia 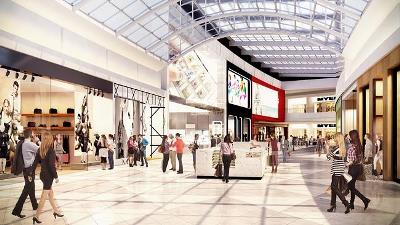 A New Shopping and Entertainment Precinct is On Its Way!

Expanding by more than 35,000 square metres to include precincts for fashion, food, dining and entertainment, the development will introduce a two-level Myer store, Target store, 120 new shops and kiosks, a new fresh food precinct branded ‘Hunter & Gatherer’ that will include a Woolworths and an ALDI, a Village Cinemas redevelopment with two new Gold Class Cinemas and 1,500 additional car parking spaces.

The redevelopment will also include a new 10-bus terminal interchange and an outdoor dining precinct to include specialty cafes and alfresco restaurants. 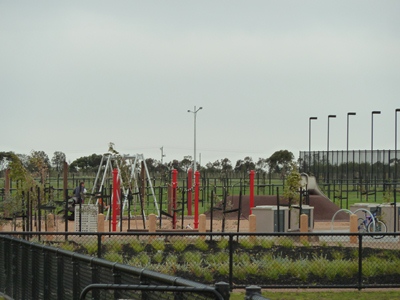 Official formalities will commence at 11am followed by a Family Fun Day from 11:30am until 3pm.

The day will include: